Allecra Therapeutics, founded in 2013, is a private, clinical-stage biopharmaceutical company developing novel therapies to combat antibiotic resistance by overcoming emergent resistance mechanisms. Lead product candidate, cefepime/enmetazobactam,has shown superiority over standard of care in patients with complicated urinary tract infections (cUTIs) in a randomized, controlled Phase 3 trial, and the Company is preparing submissions for marketing approval in the U.S. and EU based on these results. The Company has significant patent protection covering proprietary enmetazobactam in major territories.

Antibiotics were once considered one of the greatest successes of modern medicine, saving millions of lives and allowing many procedures that we consider commonplace today to become possible, such as common surgeries, cancer treatments and organ transplants.

But today resistance to antibiotics is emerging as one of the biggest healthcare challenges of our time.

It endangers the lives of an increasing number of patients and threatens many of the practices of modern medicine on which we have come to rely.

Every country is affected by this growing crisis, and it is estimated that more than 700,000 people globally die each year as a result of resistant infections caused by bacteria, including 33,000 in Europe alone.

As we face another crisis – the fight against COVID-19 – the need for a strong antibiotic pipeline has been further amplified, highlighting the urgent need for increased public health preparedness.

Allecra is helping to fight this battle by developing a novel antibiotic to address an area of growing antimicrobial resistance where safe and effective alternatives are urgently needed. 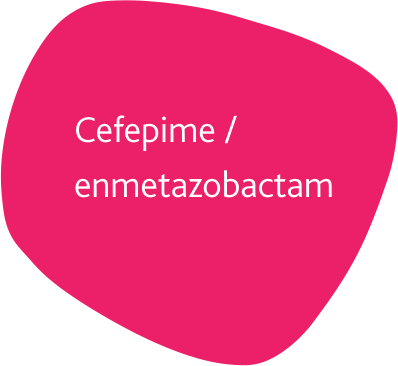 According to the U.S. Centers for Disease Control and Prevention (CDC), ESBLs increased >50% over a 5-year period and were responsible for approximately 197,000 infections in hospitalized patients, around 9,100 deaths and direct healthcare costs of up to USD $1.2 billion in a single year. In Europe, ESBLs have been increasingly reported for decades.
As ESBL-producing pathogens are often resistant to other classes such as fluoroquinolones and aminoglycosides, carbapenems are typically used to treat these infections. The increased use of carbapenems, however, has led to carbapenem-resistant Enterobacterales (CRE). Therefore, there is a critical need for carbapenem-sparing options to treat ESBL infections.

The combination of enmetazobactam with the 4th generation cephalosporine, cefepime, is intended to provide a novel therapeutic option addressing this serious threat. 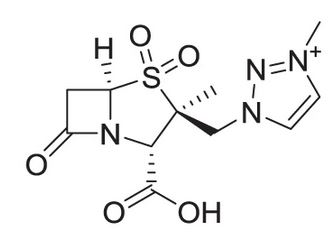 Allecra Therapeutics is currently developing the novel β-lactamase inhibitor enmetazobactam, which has potent activity against Class A serine β-lactamases, specifically ESBL. Enmetazobactam is a derivative of tazobactam but from a molecule comparison there are significant differences to expect higher potency. It has first a strategically placed methyl group that confers stronger interactions with ESBL at the active site. Furthermore, it imparts a zwitteri-
onic structure that enhances penetration into the periplasmic space, where β-lactamases are located. It also exhibits an extended half-life relative to tazobactam.

The combination of enmetazobactam with cefepime has demonstrated potent in vitro activity against clinical isolates of Enterobacterales, including ESBL producers. Cefepime/enmetazobactam and comparator agents were tested against over 7,000 clinical isolates of Enterobacterales and a subgroup of 801 genotype-confirmed, ESBL-producing isolates. In terms of potency, cefepime/enmetazobactam MIC90 was 64-fold lower than cefepime alone and was overall comparable to meropenem. Furthermore, the presence of ESBL had very little impact on its potency, as the MIC90 was only 2-fold higher against the 801 clinical isolates expressing an ESBL. In contrast, the activity of piperacillin/tazobactam was greatly reduced against ESBL-producing isolates, with the MIC90 falling to within the resistant category and percent susceptibility just over 70%.

To date a clinical program with four Phase 1 studies, one Phase 2 and one Phase 3 pivotal trial has been completed. The Phase 1 program, with four studies including a total of 144 healthy volunteers who received either single or multiple enmetazobactam doses, showed that enmetazobactam had a favorable pharmacokinetic (PK) profile with linear PK, less than 5% of protein binding, no liver metabolism and a urinary elimination with 95% eliminated unchanged within 24 hours.

An epithelial lining fluid study confirmed the good pulmonary penetration of both cefepime and enmetazobactam to support hospital-acquired/ventilator-associated pneumonia (HAP/VAP) indications. A study with subjects suffering from renal impairment defined the dose adjustment for patients with moderate and severe renal impairment.

The results from the Phase 2 study in complicated urinary tract infections (cUTI), together with a Monte Carlo simulation, defined the dose of 2g cefepime combined with 500 mg of enmetazobactam as having a high probability of target attainment with a good safety profile.


The Phase 3 ALLIUM trial was a multi-center, randomized, controlled, double-blind, global study that enrolled 1,034 patients. These patients received either cefepime 2g – enmetazobactam 500 mg or piperacillin/tazobactam 4.5 g, administered three times daily via intravenous infusion. The study involved 112 sites in 19 countries. The primary efficacy endpoint was defined in agreement with US and European regulatory authorities as the composite success outcome of clinical cure (symptoms resolution) and microbiological eradication (<103 CFU/mL in urine culture) at the test-of-cure visit (TOC). The primary efficacy evaluation was performed in the microbiological modified intent-to-treat (m-MITT) population, including patients infected with a Gram-negative pathogen (with at least 105 CFU/ml except if same gram negative pathogen was found in both urine and blood) deemed non-resistant to cefepime/enmetazobactam and piperacillin/tazobactam. The statistical methodology was a prespecified 10% non-inferiority margin with superiority to be tested in the event of confirmed non-inferiority. Differences in treatment effects were assessed using two-sided, 95% stratified Newcombe confidence intervals. Overall success in ESBL population was a secondary endpoint.

The superiority of cefepime/enmetazobactam versus piperacillin/tazobactam in overall response at TOC was also confirmed in the sub-group of patients with ESBL-producing uropathogens with a 30.2 % difference (95% stratified Newcombe CI, 13.4% to 45.1%).

Overall response of success at TOC 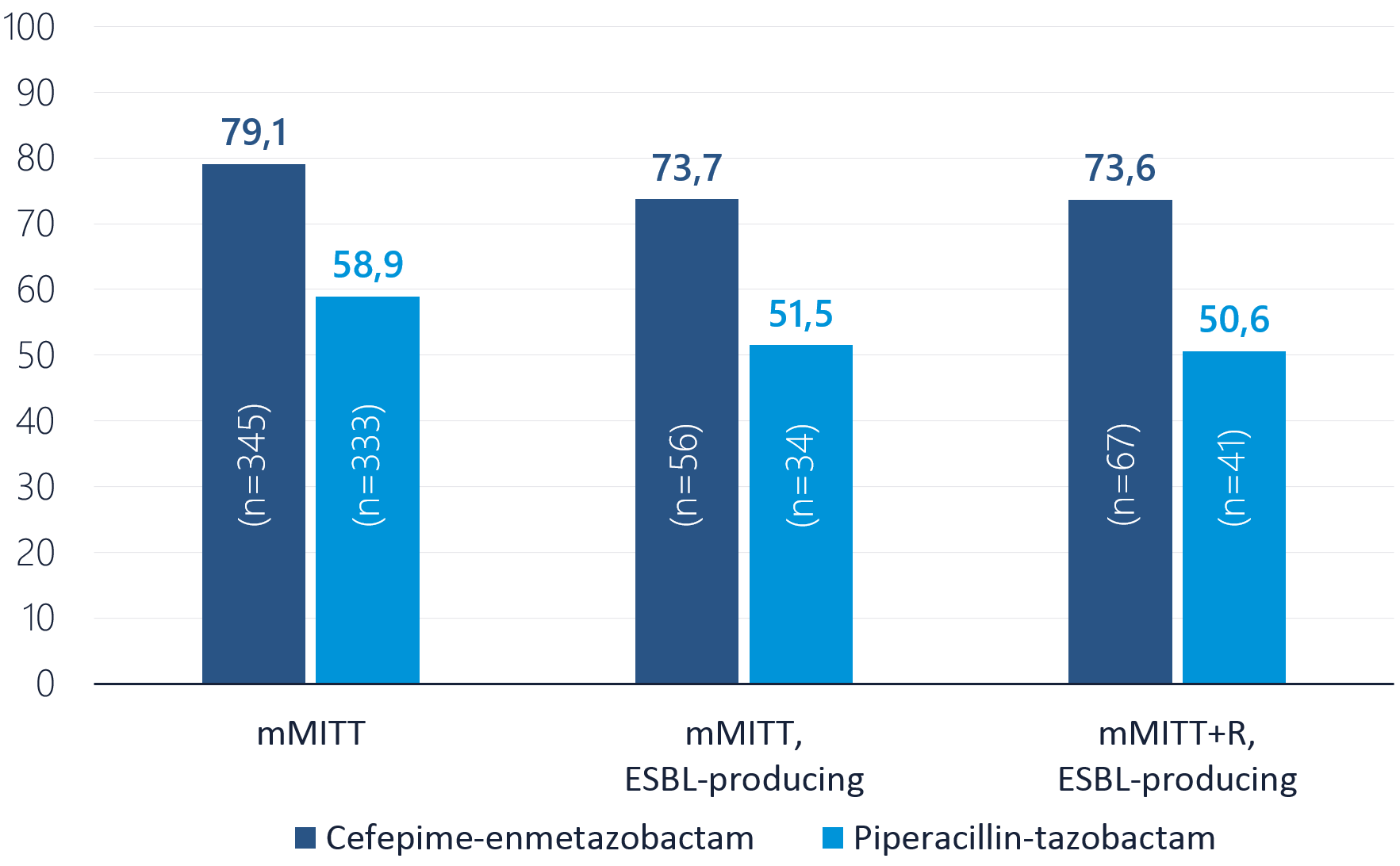 In the Phase 3 trial, the combination of cefepime 2g with enmetazobactam 500mg 3 time daily up to 2 weeks of treatment was well tolerated with no difference in safety pattern between the 2 treatment groups. 4.3% of patients reported serious adverse events with cefepime/enmetazobactam vs. 3.7 % with piperacillin/tazobactam (0.2% vs. 0.6% assessed as drug related). Adverse events were mostly mild or moderate and recovered before the end of the study, rarely leading to discontinuation of treatment. 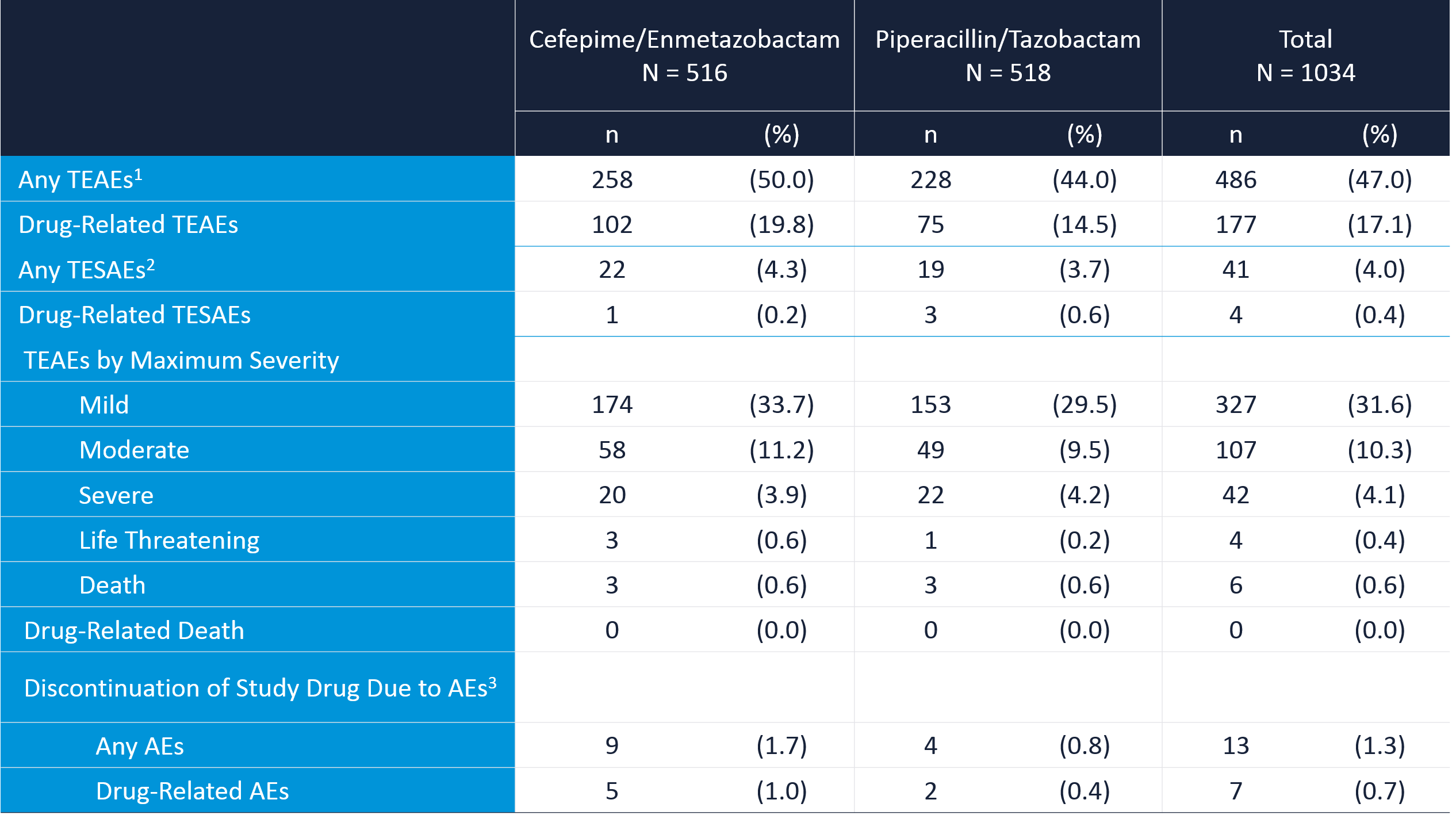 Allecra is preparing to submit a New Drug Application (NDA) to the US Food & Drug Administration (FDA) and a Marketing Authorization Application (MAA) to the European Medicines Agency (EMA) for the treatment of cUTI. The Company expects to complete these submissions in the second half of 2021. Cefepime/enmetazobactam has been granted Qualified Infectious Disease Product (QIDP) and Fast Track designation by the US FDA. The Company is pursuing partnering opportunities for all territories.